Important note: The selection of the content does not equal an endorsement of the creator or even the piece as a whole. These selections span all interest and genres, including those that might not be suitable for all audiences.

Recently discovered Jordan’s great music, and this song is very catchy and well written. I look forward to seeing more from him.

Adele just released her new music, and it’s incredible. She’s always been vocally talented, but there is a new maturity in her music that is absolutely beautiful.

Writing’s On the Wall (from Spectre) – Sam Smith

Speaking of Adele, it’s very difficult to top her James Bond movie song, but Sam Smith gave it a good shot. Certainly a more emotional song for a 007 film.

I recently discovered Andy Mineo after the release of his latest album, but I went back and found this great song that got his name out there more.

This video is hilarious. The official video was filmed with a full story line played out with pugs.

Vaivén means sway in Spanish. I am a huge fan of hip-hop and reggaeton, and there is a brilliant combination of rhythms in this new song. There’s nothing directly explicit or vulgar in this song, but it could be implied. I tend to like his music because it mostly falls into that realm, people chose to see it as the do.

I am amazed at where hip-hop music is today that features Christian artists. I love where it’s going.

I love songs that remind me of the power of human love and how marriage is a blessing that I cannot take for granted.

This is mesmerizing visual performance art that was recently in Austin.

A Walk in the Woods – Bob Ross

Today is Bob Ross’ birthday, and here is a tribute to this wonderful man with the first episode he ever made for his painting show. 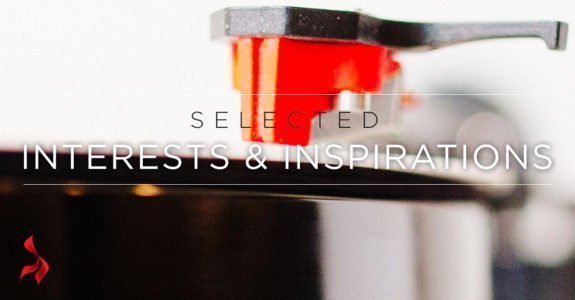