The Holy Spirit and Non-Catholic Christians

The Holy Spirit and Non-Catholic Christians 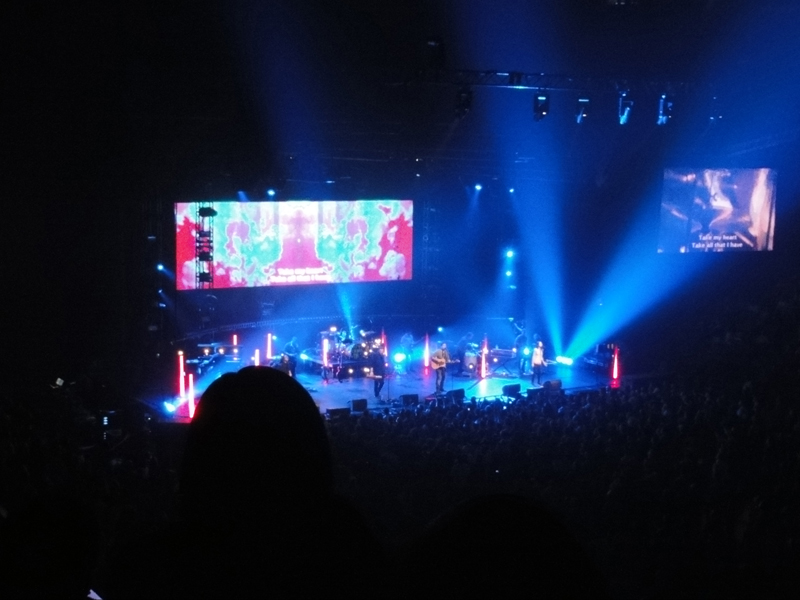 Note: This post was accidentally published before it was complete last week. I apologize if you saw that version.

Two weekends ago, my wife and I attended a Hillsong United concert, and I must admit that it was one of the most powerful spiritual experiences I have witnessed outside of Eucharistic adoration. This was the second time we attended one of their events, but this one was definitely more memorable than the first time.

While big name bands, like Chris Tomlin’s, are super well known and always associated with their music, Hillsong United gets far less recognition. Most Christian stations don’t even play much of their original music because many of their songs are too long for a usual radio edit. Also, if you are not familiar with their style, most people don’t like that the crowds do a large portion of the singing in the live albums. I was impressed that they were able to sell out so many large venues on this last tour through the US. It was even more impressive to see a crowd so on fire that they sang  with the band in a stronger power than their loud speakers.

I grew up in the Bible Belt, far outnumbered by very conservative Protestants. I am comfortable discussing religion with our protestant brothers and sisters, but I normally shy away form praising and praying with them. I have also attended many different types of Christan concerts in my life. Normally, a Christian concert does involve praying, but it is never really more than just simple and almost superficial prayer. They are still unaware of the true worship that we know well, the mass.

Hillsong takes these prayers to a deeper level than any other group I have every witnessed. This is really only possible through their genuine knowledge and relationship with the Holy Spirit. They very openly and boldly call upon Him similarly to the Charismatic prayers in the Catholic Church.

While they are very aware of their relationship with the Holy Spirit, their relationship with the second person of the Trinity, Jesus, is not as strong as they believe. Like all other protestants, their lack of understanding of Christ’s True Presence in the Eucharist. Still, no one can deny that their prayer was powerfully filled with the True presence of the third person of the Trinity, the Holy Spirit.

There could be no denial of the Holy Spirit’s presence at that event. Some may look at it an think it’s fake or all for show, but their prayer was absolutely genuine. While the fallen away Christian groups do not know the fullness of Truth, it’s group like these that make me understand what Vatican II wrote about. For a long time, they were simply seen as heretics, but after the council the Church acknowledged that protestants do have a partial understanding of Truth. I wonder how much the Church could do in this world if only their passion was in union with the True Church. I sincerely wish that more of  the Church would catch on to this passion. I pray that someday, we will all be one Church again.

Get to Know Your Guardian Angel
October 6, 2015

Get to Know Your Guardian Angel